AKDO Participates in 2022 DIFFA by Design

A three-day event presented by Design Industries Foundation Fighting AIDS (DIFFA), this past month, DIFFA by Design (DBD) showcased a lineup of the design insdustry’s most renowned firms, all while raising money in the fight to combat AIDS, homelessness, food scarcity, as well as mental health issues. Over a span of 30,000 square feet in the heart of Manhattan on Fifth Avenue, designers teamed up with vendors and artists to create experiential installations, designed to wow and inspire Instagram worthy shots.

AKDO is proud to have participated in this year’s DIFFA by Design Showcase through two immersive booths, hosted by Jeffrey Beers International + Maya Romanoff, as well as Carl Hansen & Søn + Rockwell Group

The Astral Bar by Jeffrey Beers International and Maya Romanoff 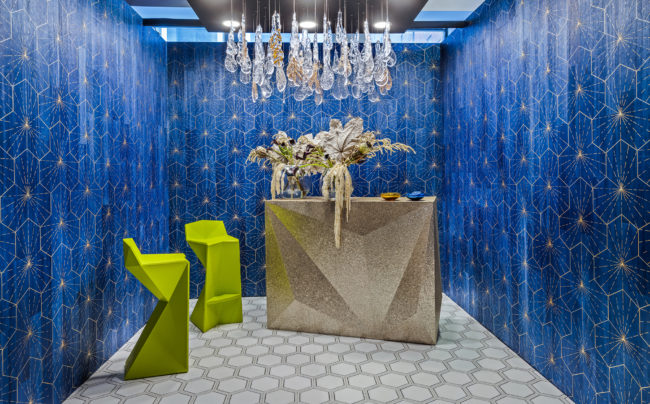 Inspired by iconic science fiction films such as Stanley Kubrick’s 2001: a Space Odyssey and Luc Besson’s The Fifth Element; The Astral Bar by Jeffrey Beers International and Maya Romanoff was created to instantly evoke a celestial feeling. To achieve this illusion, the booth married geometric patterns with dense metallic tones, elegantly depicting hospitality’s travel in space in the coming future.

Displayed on the floor of the booth, Next Hex Thassos (H) with White Terrazzo & Stainless Steel showcased a bright white, honed, Thassos marble hexagon, bordered by the metallic sheen of a stainless-steel inlay and a pop of white terrazzo. A futuristic take on the age-old charm of Terrazzo, AKDO’s Next Collection added a striking level of visual impact upon first entering this showstopping installation. 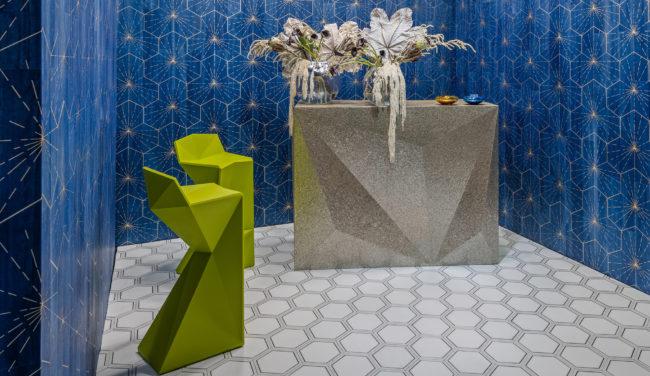 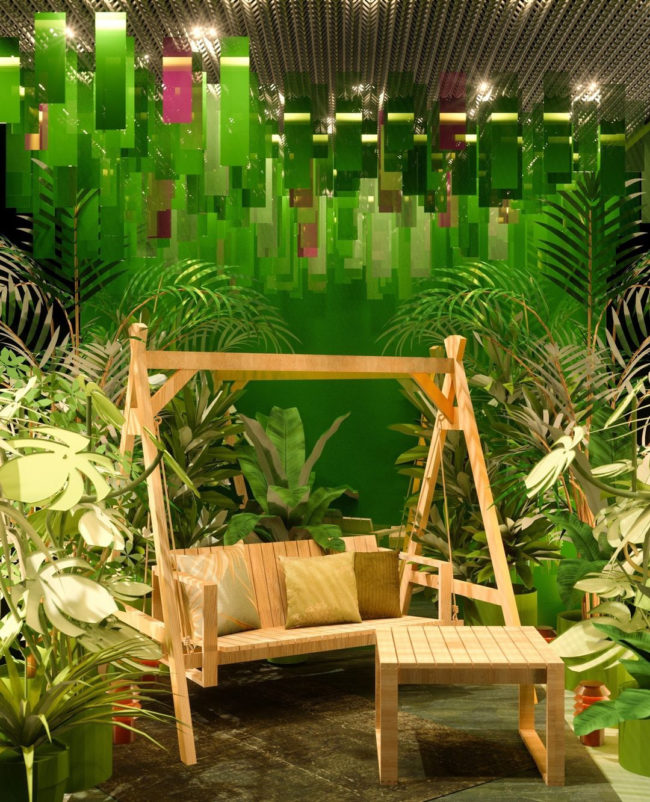 As inspired by Shakespeare’s A Midsummer Night’s Dream, this immersive installation provided guests with a comforting space to “soak in and reflect on the healing powers of nature”, surrounded by endless greenery. Layered on the floor of this booth are two hand-knotted custom rugs, as designed and produced by AKDO Carpet.

A special thanks to our friends at Jeffrey Beers International and Rockwell group for allowing AKDO to participate in this year’s event! We are proud to have supported Design Industries Foundation Fighting AIDS’ biggest fundraising event of the year. Join the cause to help support the important work of HIV/AIDS awareness, prevention and direct care and make a diffa-rence by donating below.