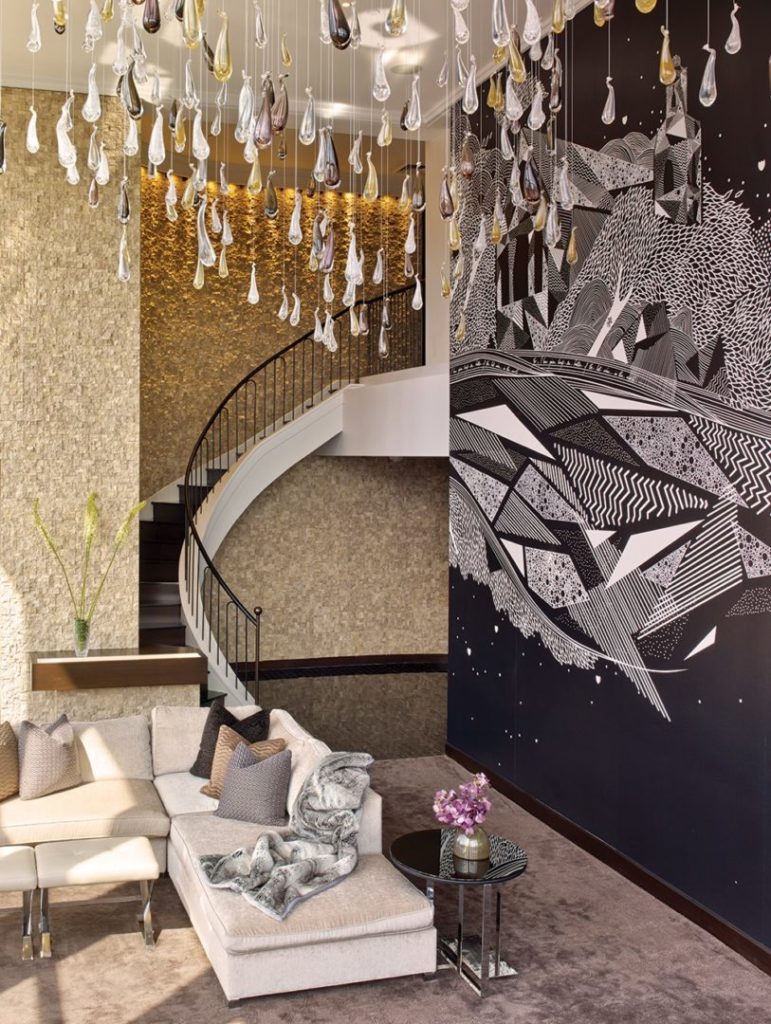 AKDO was privileged to work with acclaimed architects and thought leaders HOK as they conjured a champagne-themed design for this sprawling 5,000 square foot hotel suite, with breathtaking vistas of Manhattan landmarks and three floors of spectacular décor. This extravagant space at the Lotte New York Palace Hotel is among the most luxurious accommodations anywhere. One of its most dramatic aspects is a two-story feature wall of custom-crafted, split-face stone mosaic that wraps from the living room entry wall all the way throughout the well of the grand staircase.

Split-face stone is normally used on exteriors and in a much larger scale (think Getty Museum). Here, the split-face technique was adapted to accentuate the sweeping staircase and give a unique feel to main living space. AKDO worked with the designers to create something that would feel natural amid the city vistas but also dimensional in a way that evokes city skyline itself. the stone has been cut by hand into an intricate, geometric mosaic with tesserae small enough to accommodate the curve of the stairwell but large enough to showcase the stone’s beautifully chiseled texture. To add dimension, various depths of the split face stone are cut and placed carefully by AKDO’s artisans to create a luscious indoor hardscape.

We love the way the lighting is designed to create a shadow play the helps exhibit the stone’s unique beauty. Guests in the suite are likely to experience this wall as being as much a part of their special New York vista as the distinctive Empire State Building and the spires of Saint Patrick’s Cathedral. 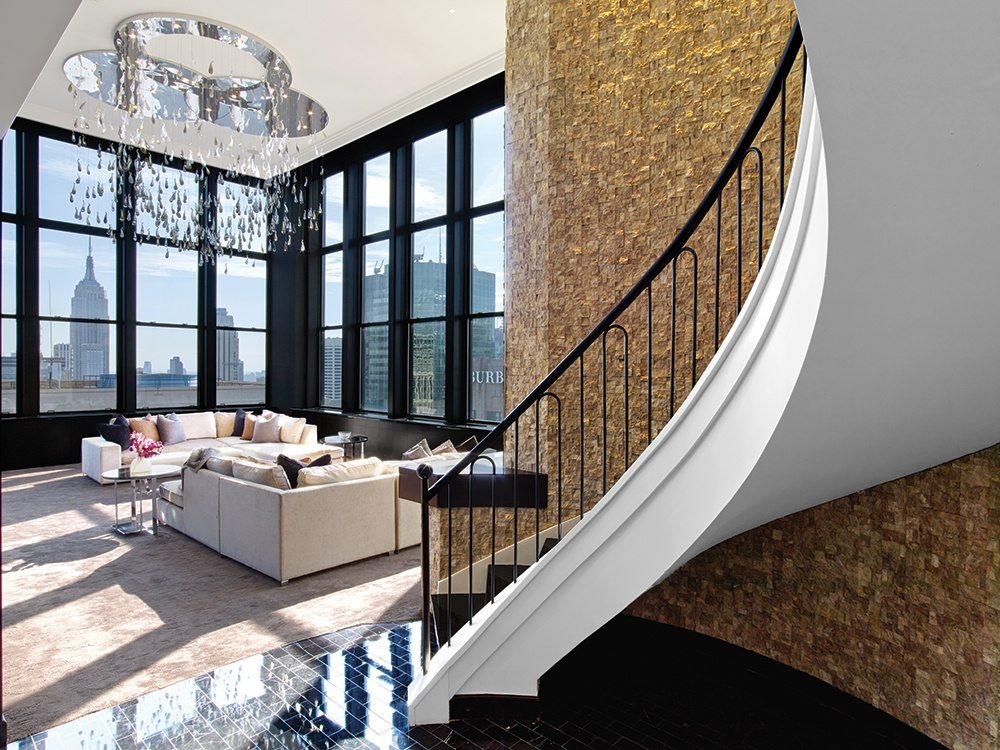