The Immersion Collection by Jeffrey Beers

The Immersion Collection of glass tiles and mosaics was designed by world-class architect, Jeffrey Beers, for AKDO. Influenced by Jeffrey’s passion for glass as an art form, the notion for the collection occurred organically and is centered around water, which is the element most reminiscent of glass and its purity.

Jeffrey Beers is known for his ability to create social gathering spaces with nuanced fluidity; his designs offer an immersive experience while transcending trends. Similarly, the pieces in his collection provoke an emotional response through multi-faceted geometric profiles which reflect light based on their surroundings. Additionally, the tiles may be manipulated a variety of ways, resulting in bespoke patterns with a seamless flow. The patterns include… 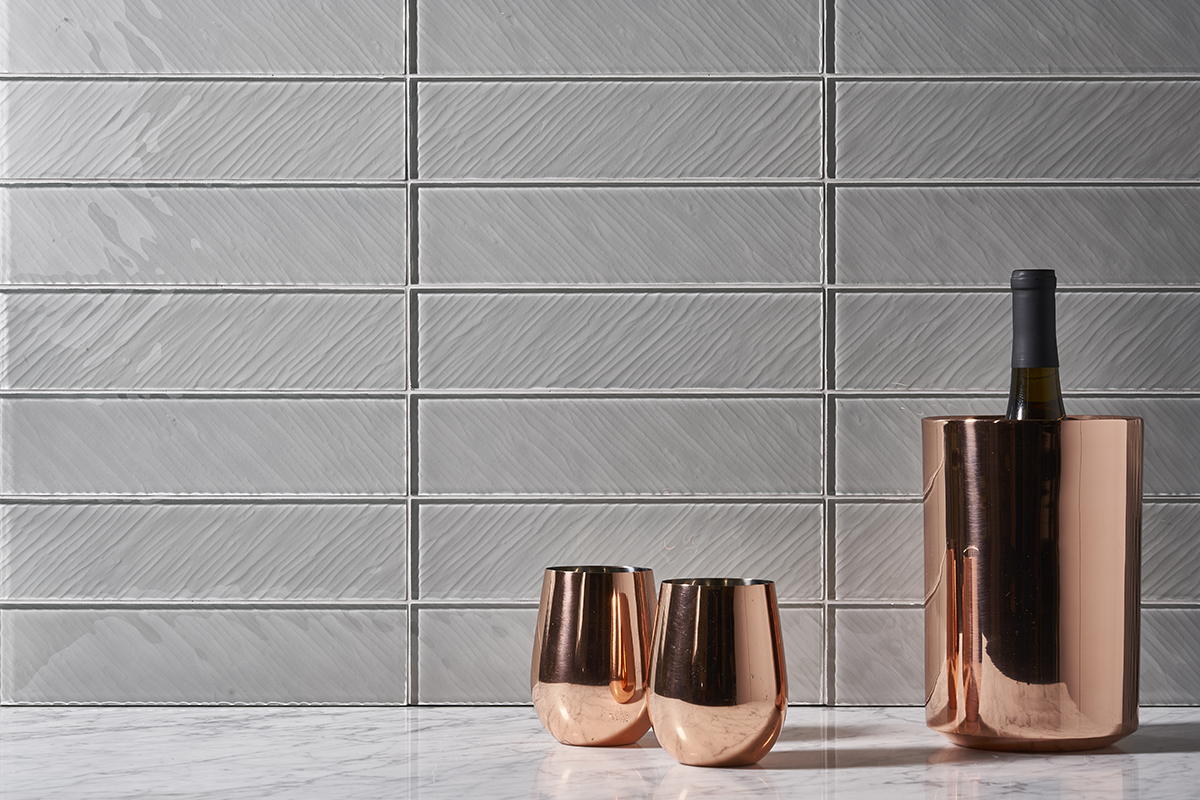 Awash – Inspired by heavy rain streaking down a pane of glass, the Awash tile offers an undeniably dynamic texture that creates movement when used in spaces. Its’ classic profile is juxtaposed with the intriguing 45-degree angle of the texture, which gives designers the ability to create various patterns ranging from chevrons, to boxes and more. 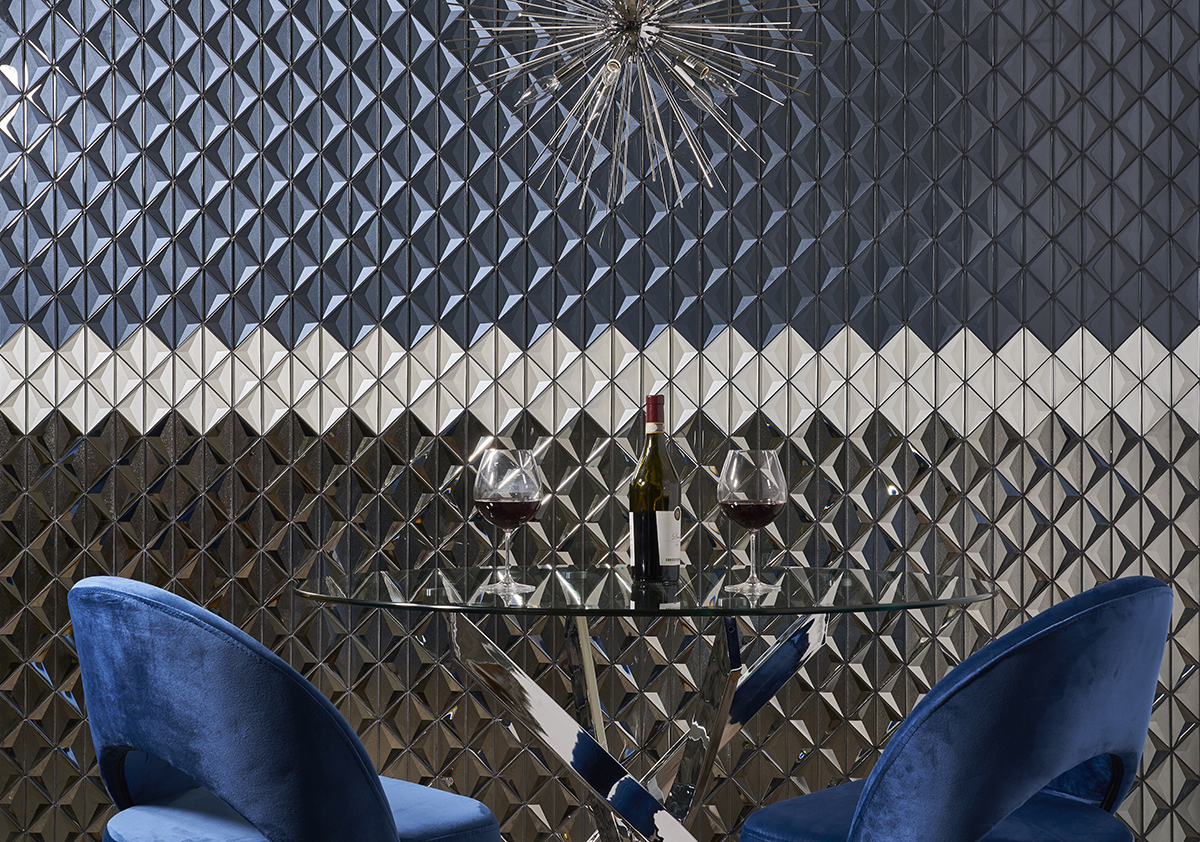 Crystallite – Reminiscent of ice sheets floating across the water, the Crystallite pattern uses multi-faceted triangles to convey an architectural effect. Due to its three-dimensional nature, the color of this glass mosaic shifts with the ever-changing surrounding light, adding further depth. 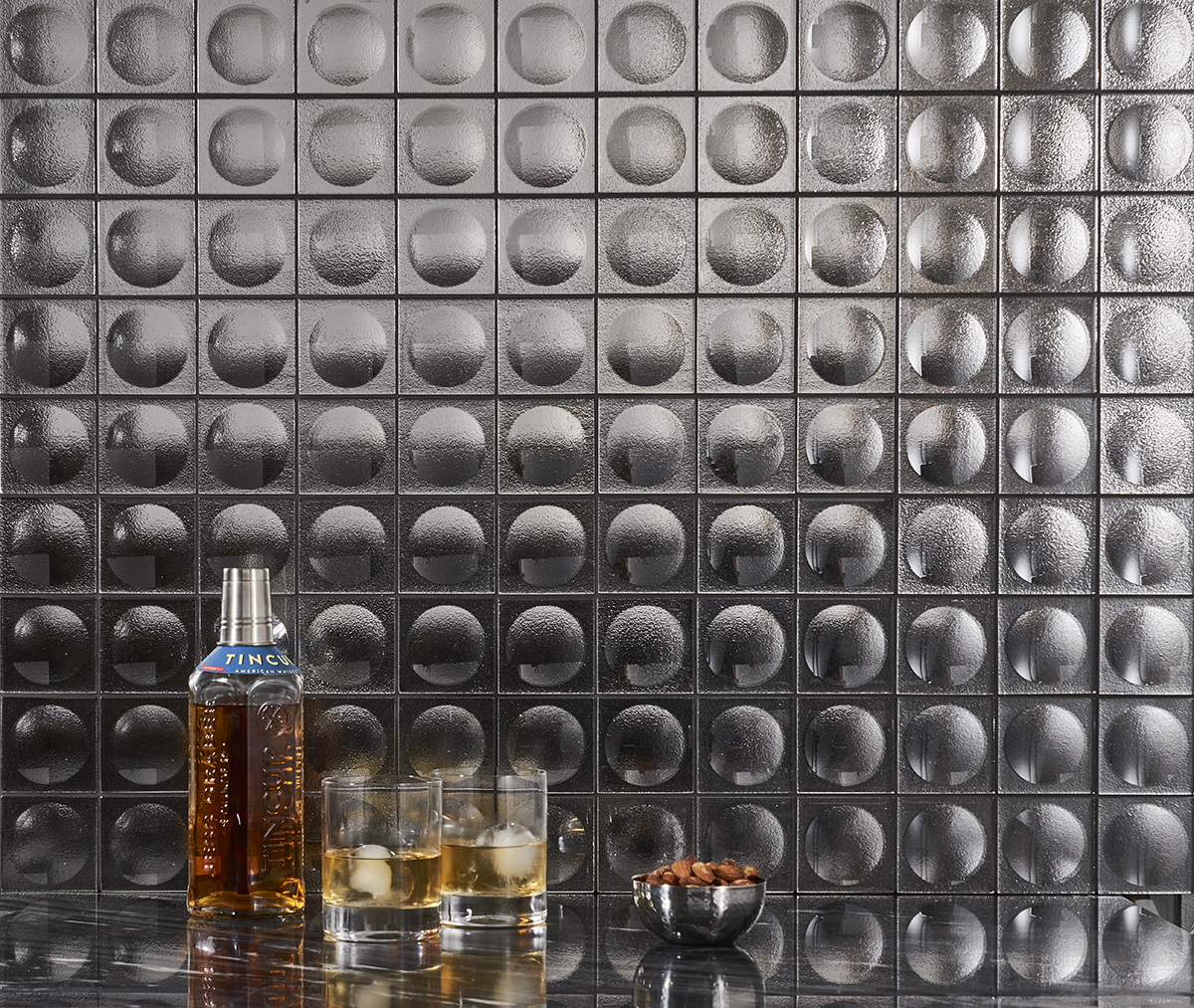 Undertow – The Undertow pattern is Jeffrey Beers’ contemporary tribute to French glass blocks and Paris’s Maison de Verre, the iconic house constructed of them. The small-scale tiles offer an elevated approach to these notable geometric patterns through the addition of concave and convex circles. Undertow can either be arranged in a specific pattern, or randomly, and can even be used as a border to define individual areas.

The collection’s mixture of moody, cool hues was personally selected by Jeffrey Beers as a compliment to the marine theme of Immersion. The tiles will be available in solid neutral colorways, including Arctic White and Dove Gray, which can be used to ground more complex hues. Additionally, the collection offers a range of bold metallics, including the classic Silver Silk, and two new colorways; a metallic navy, aptly named Voyage Blue, which was inspired by classically masculine coastal décor, and Peak White, a metallic white reminiscent of glistening icecaps.

Make design waves by using these dynamic patterns in both residential and commercial projects; from hotel lobbies and kitchens, to powder rooms and nightclubs. No matter the application, the Immersion Collection by Jeffrey Beers allows you to become the architect of your own space.