During the past 30 years, AKDO has built the reputation as an industry leader and trendsetter in the surface coverings industry. When AKDO was founded back in 1990, Hakki Akbulak, our CEO, was looking to bring something to America that connected him to his Turkish roots: beautiful, abundant, natural stone. Without a cell phone or GPS, Hakki hit the road to start building his client base and spread the word about AKDO. Aside from some minor roadblocks, such as getting lost and having to use gas station phones to get resituated, Hakki built relationships with clients all around the United States that took a strong interest in his endeavor.

After meeting with several influencers in the market, Hakki realized we needed to stand out from the competition. That’s when AKDO introduced its first “Collection”, a striking stone mosaic line. Being one of the only companies producing such trendsetting mosaics in the industry, business catapulted and AKDO quickly became one of the top companies in the market. As competition began adopting mosaics, AKDO faced the challenge that their mosaics originated from Turkish stones and had a limited color palate that was not as popular in the United States. That’s when Hakki decided to work with American designers to better capture the preferences of the country, and source stone from all over the world, resulting in endless design possibilities that better suited the market. 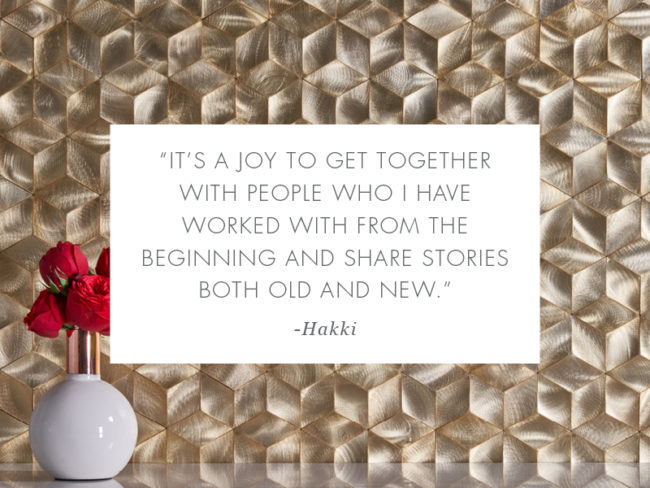 As AKDO gained a following in premier tile showrooms across the country, surface covering trends continued to evolve. As an industry leader, AKDO reacted with new mediums, colors and patterns.  The first expansion into new materials was glass, followed by porcelain and eventually, ceramic and even metal.  As Hakki’s focus for growth turned to commercial projects, wood was introduced to round out the company’s offerings, and as of most recently, bespoke furniture and carpet were added to the extensive line of product offerings.   “Personally, my favorite product has been our waterjet mosaics, specifically our Plume, I just find it so unique and beautiful,” Hakki said. 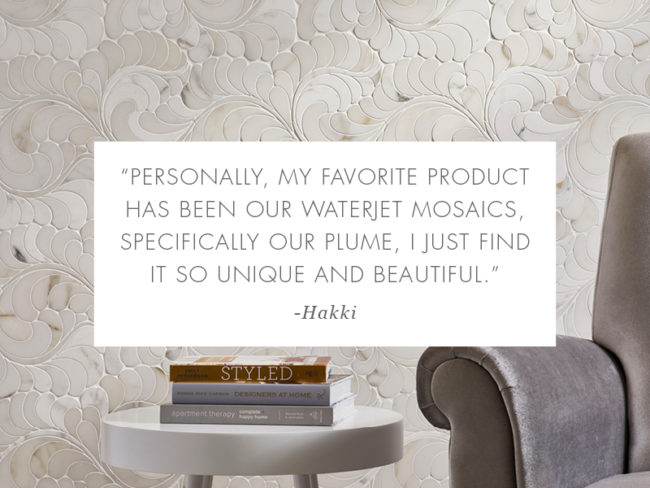 Aside from keeping up with the evolving industry trends, AKDO strives to create a culture built around our core values: integrity, communication, and continuous improvement. AKDO’s well-established company culture has attracted our naturally talented team of employees. AKDO is thankful enough to have had exemplary employees in the company, some for 20+ years. “We owe our success to not only our quality products, but also our quality employees,” stated Hakki. 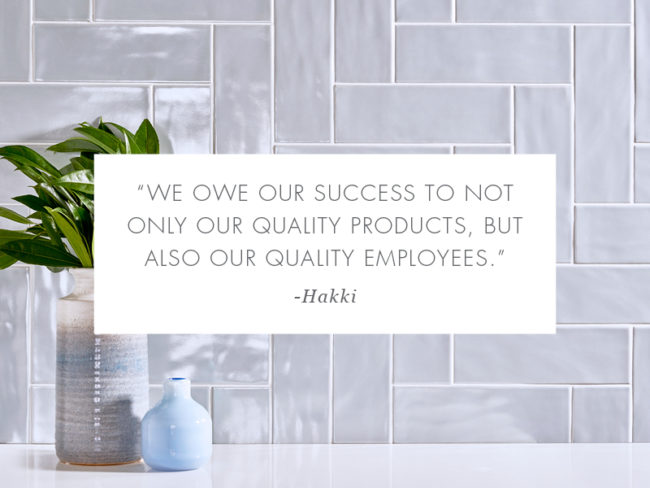 “Being in the industry for over 30 years, I have built strong relationships with a lot of our customers. It’s a joy to get together with people who I have worked with from the beginning and share stories both old and new,” states Hakki. “The last 30 years has been filled with growth and transformation. I’m excited to see where the next 30 years takes AKDO.” 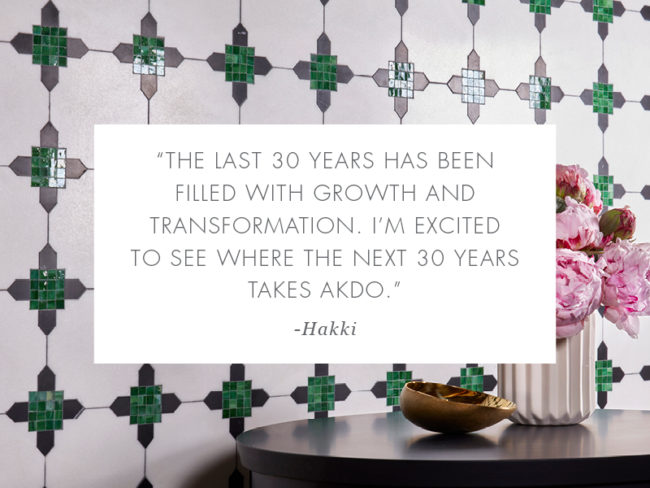 Spice up Your Subway Tile with These Grout Ideas & Trends