What’s Hot in the Kitchen

When famed kitchen designer Christopher Peacock took on the task of redesigning the kitchen for one of the nation’s preeminent designer show houses, AKDO was there.

In partnership with House Beautiful magazine, AKDO sponsored the kitchen, which comprised most of the entire main floor of an historic Upper East Side townhouse. The redesigned home was open to the public for a full month to benefit The Kips Bay Boys and Girls Club. The kitchen was featured as House Beautiful’s Kitchen of the Month in October, just in time for the massive return of plaid to the fashion world for Fall/Winter 2015/2016. 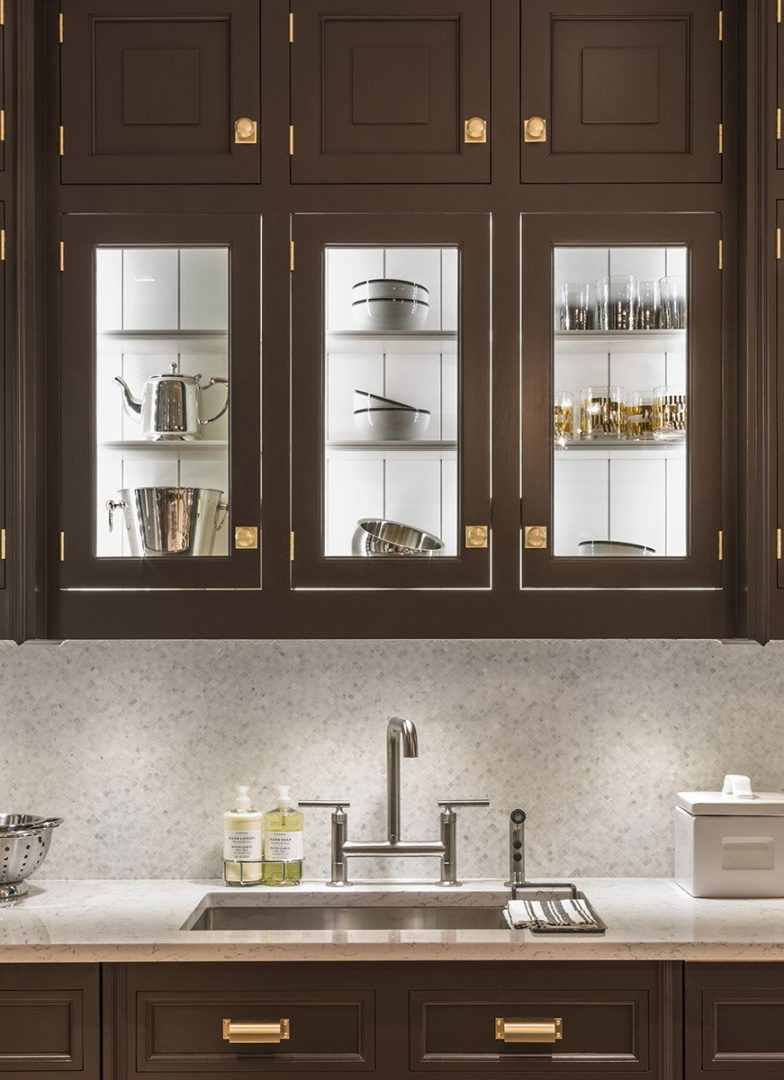 Mr. Peacock, whose eponymous cabinetry firm is known for crafting the finest in kitchen furnishings, selected a custom coloration of a classic yet fashion-centric AKDO stone mosaic, Balmoral Plaid. He then set it on a jaunty angle as a central feature in his design. The plaid pattern, which many will recognize as adorning some fashionable and esteemed trench coats and handbags, has been wrought here in tones of cool grey and white stone with yellow accents.  The plaid creates a featured “hearth” area above the large Dacor range.

Pro-tip: add the warmth of “fabric”:

AKDO has long been known globally for its handmade mosaics, still crafted in the same fashion as they were in antiquity, in our own ateliers in Turkey. Balmoral Plaid is a stellar example. A smooth finish gives the stone in Balmoral Plaid the matte look of fabric. “Don’t try putting fabric behind your kitchen range,” jokes Mr. Peacock, who is known for creating engaging designs in warm and innovative spaces meant for entertaining.

A cool, white Carrara Bella marble mosaic, also set “on the diamond” completes the kitchen’s backsplash areas and complements the main featured area. Mr. Peacock wanted a white backsplash to contrast with his deep, dark chocolate cabinetry. By selecting a stone mosaic with a subtle white/grey natural variation and turning it on the same angle as the main featured area, he managed to add subtle pattern and texture to the entire backsplash  while maintaining a clean, crisp look overall. This is a great take-home tip from this world-class kitchen design.

See what’s next in the kitchen:

AKDO’s upcoming designer show houses include the 2016 House Beautiful Kitchen of the Year to benefit The Junior League of Atlanta, and the 2016 Kips Bay Decorator Show House.